On Saturday June 22nd, the majority of residents of the neighborhood known as El Batey, in Grua Nueva, Ciego de Avila, publicly protested the horrible conditions of a heavily transited main road.

According to dissident Santa Gonzalez Pedroso, vice-president of the Rosa Parks Movement for Civil Rights, the motive for the protest was that the main street was in very bad conditions, it was dirty and produced lots of dust, which directly affected locals.

“Here in Grua Nueva, Ciego de Avila, there are many children with a cold, there are many elderly neighbors in wheelchairs and other bedridden sick people, and this dust was asphyxiating all of us”, said Gonzalez Pedroso.

Neighbors have been complaining for a couple of days but their desperation finally tipped over on Saturday and “they took to the streets to demand a local delegate of Grua Nueva to fix the problem“, explained the activist.  She said she was arriving to her house at that very moment when she saw the crowd of protestors.

The citizens remained out on the street demanding repairs to the street, which is transited by all neighbors and by all cars and trucks trying to get to other towns.  The persistence of the demonstrators was so much that the delegate actually had to travel to the scene.  His response, however, was that he would not fix anything because that was “a troublesome” neighborhood.

The response of the protestors was to block the entrance point of the road.

“All of the neighbors, including dissidents and everyday citizens, used lots of rocks and sticks to block off the entrance of the road“, recounts Gonzalez, explaining that this impeded cars from passing through.  It was a form of civil disobedience.

The result of the protest was that a number of government workers were sent to the scene with a pipe to water down the dirt road and some of the dust was eliminated and cars could finally pass by.

Santa Gonzalez classifies the events as a victory, but an incomplete victory nonetheless, considering that the discontent level is still high amongst the locals of El Batey, Grua Nueva and the road is not completely fixed.

“Something big is going to happen here because the delegate says he is not going to fix this road, but they are going to have to fix it because it’s not just us, the dissident, who are demanding this.  It’s the people of Grua Nueva“, expresses Gonzalez, “Of course, the delegate fixed his own road, but the people here are publicly saying that that’s not fair“.

Idael Pérez Díaz, member of the Central Opposition Coalition, the Pedro Luis Boitel Movement and the Orlando Zapata Resistance Front, told this blog that during the morning and afternoon of Wednesday, May 8th, the mobs “threw rocks and shouted offensive words at us, while about 10 State Security jeeps spent the day stationed in the corners of the block, giving alcoholic beverages to all those participating in the repudiation“.

The acts of aggression took place outside the home of Perez Diaz where a number of dissidents from other cities, like Santa Clara, were congregated.

He also explained that the mobs were made up by people from other municipalities because the vast majority of neighbors refused to participate. Some neighbors even took food to the activists, considering that they couldn’t step outside their homes due to the police cordons.  Such actions of citizen solidarity are being reported with much frequency throughout the entire island.

“Lediño, the chief of state Security for the province of Ciego de Avila, was the one directing the entire operation“, added Perez, “the other people are mainly from the Communist Party, only a few from this municipality, and the rest from other areas“.

Idael and his wife, Santa Gonzalez Pedroso, are renown local dissidents, as are their children, Idaelvis Perez Gonzalez and Delvis Perez Gonzalez.  The latter is just 12 years old and has been suffering psychological traumas due to the constant harassment of the regime against his family.

“Delvis became very nervous and we had to get him out of the house with the help of some relatives“, said Idael.  On January of 2013, the minor was expelled from his wrestling team at school under the orders of State Security.  The pretext of the agents were that his parents were ‘counter-revolutionaries’.  (Audio here).

Meanwhile, activists Julio Columbie Batista and Jenni Barallobre Columbie, also from Grua Nueva, were violently arrested near the city of Moron on May 7th, as they were returning from Camaguey.  They were detained for more than 48 hours and both were threatened with being jailed if they continued their opposition activities out on the streets, and if they kept on creating pro-freedom groups in nearby areas.

Idael, Santa and the rest of the congregated dissidents were also demanding the liberation of Columbie and Barallobre.

The repudiation came to an end on Thursday afternoon, but police guards were still keeping a tight vigilance over the dissident family, while still handing out beer to people from the Communist Party and other institutions of the dictatorship which were lending themselves to take part in such actions.

Despite all this, Santa Gonzalez Pedroso and other women from the Rosa Parks Movement for Civil Rights carried out a march to the local church as they do each Thursday, in honor of all those Cubans who have been killed for wanting democracy.  In this case, they were not arrested.

But the vigilance continues.

“I hold State Security accountable for what could happen to us, my family and all other dissidents“, declared Idael Perez.

Listen to declarations by Idael Perez (in Spanish) below:

Each day, there are more Cubans who, through the “internet without internet”, use Twitter to narrate the real Cuba and to shatter censorship. They are dissidents, bloggers, intellectuals, farmers…Cubans hailing from diverse corners of the country. It’s difficult for them to send out these messages, considering that it costs 1 dollar (an elevated amount for Cubans), and yet, they still do it.

The following are a couple of follow recommendations of new or recent Twitter users, straight from the island:

Resident of Quemado de Guines, Villa Clara, member of the Cuban Reflection Movement. She and her family are constantly persecuted by the political police but they continue defying the dictatorship out in the streets.

An independent journalist and alternative blogger (‘El Amante de la Libertad’), Carlos Michael is also a member of the Central Opposition Coalition. He has used his account to denounce cases of political repression, social issues and achievements by pro-freedom activists. 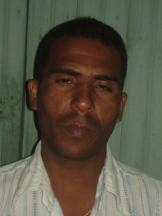 Member of the Eastern Democratic Alliance and of their information agency ADO-Press, Isael Poveda tweets from Guantanamo, narrating the reality of that Eastern region: cholera outbreaks, signs which appear in public with anti-regime messages, public marches, evictions, and more. 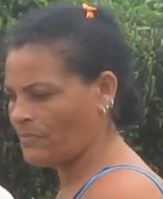 A very brave Cuban woman, member of the Rosa Parks Movement for Civil Rights, she carries out frequent public protests alongside other dissidents in Grua Nueva, Ciego de Avila. Santa Gonzalez does an excellent job on Twitter denouncing human rights violations in that area and documenting the growing level of opposition.

Tweeting from San German, Holguin, Eliecer just opened his account, promising important news from the Cuba ignored by the state media. Palma has been reporting important social issues, like a recent massive strike by carriage drivers in San German. 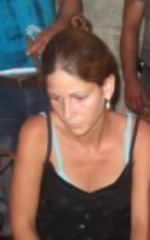 One of the most active young dissidents in the city of Santa Clara, Villa Clara province. Valido Perez is the representative of the Cuban Rafters without Frontiers Movement and member of the Rosa Parks Movement for Civil Rights. She is frequently arrested by the political police but does not stop carrying out public activities in favor of freedom, nor does she stop informing about them on her account.

These were just some of the new Twitter users from Cuba. Everyday there are more. Give them a follow!