Yudisbel Roseyo Mojena, wife of Angel Yunier Remon Arzuaga “El Critico”, dissident rapper who has been unjustly imprisoned since March in Las Mangas Prison of Bayamo, has not stopped publishing denouncements made by the young musician.  Apparently, for this reason Cuban State Security is constantly watching her.

Recently, on August 13th 2013, when the State celebrated the birthday of dictator Fidel Castro, police forces set up a cordon around Roseyo’s home.

“Since the night of the 12th, I was under extreme vigilance all around my home.  This was carried out by State Security and the National Revolutionary Police“, recounts the young Bayamo native, “wherever I would go they would follow me, despite the fact that I was carrying my 6 month old child“.

The agents did not only follow her, but they also confronted her and threatened her.  “One State Security agents told me that if i kept up my position against the regime they were going to take my son away from me and put him in a Juvenile Center and he also said that they would easily arrest me with or without my child“. 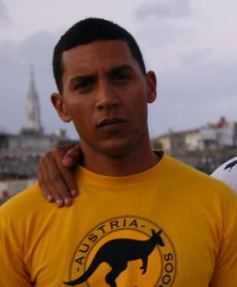 Evidently the agents are referring to the fact that Yudisbel has been reporting human rights violations faced behind bars by her husband Angel Yunier.  She recently informed that the activist contracted cholera and was in a critical state.  Many times she has told the world about arbitrary beatings faced by Yunier.

Regarding his health, Angel Yunier “is improving and is now stable“, explains Yudisbel.  However, she is still concerned because “his life is still in danger.  He has told me that the hygienic conditions in Las Mangas Prison are horrid, and that in that penitentiary there have been numerous cases of cholera and 4 people have already died of the disease.  The authorities are not carrying out the appropriate follow-up method to combat this sickness.  In the specific case of Angel, they are not taking the necessary measures so that he does not retract and re-contract the disease.  The doctors have said that if he is not properly taken care of, he would regress“.

Roseyo has said that Angel Yunier also suffers from a chronic gastritis.  She emphasized that the rapper is in a legal limbo right now, considering that there has never been a trial against him and that there is absolutely no proof of the “resistance” they accuse him of.

Yudisbel did not dismiss that she felt fear for what could happen to her 6-month old son as well as to her husband.  She once again asked for solidarity with the young musician who just turned 30 this 14th of August while in prison without having committed a crime.

Ángel Yunier “El Critico”, a member of hip-hip duo ‘The Unwanted Children’ (Los Hijos Que Nadie Quiso) and also a member of the pro-freedom Patriotic Union of Cuba (UNPACU), was arrested on Mach 26th in Bayamo when he gave a discourse in favor of freedom and had just handed out numerous pro-freedom pamphlets.  Previous to this, he had been  victim of a wave of arrests because of his protest lyrics as well as for painting pro-freedom and pro-change messages on the walls of his home.

Remon Arzuaga has been beat and blackmailed inside  prison and his relatives are also suffering reprisals.  Nevertheless, he has said that he will maintain his dissident posture and that he will not betray his ideas.